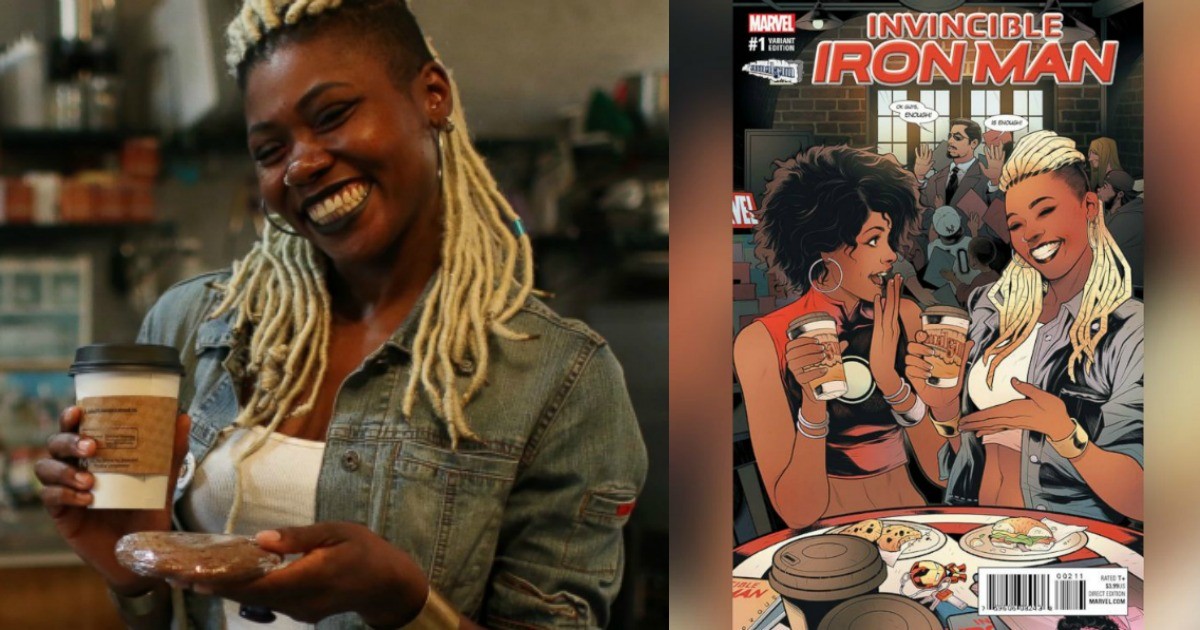 To our knowledge, Ariell Johnson is the only Black woman currently running a comic book store on the East Coast. She owns Amalgam Comics & Coffeehouse in Philadelphia, and now she’s just made another stride in representation for Black Girl Geeks.

Johnson will appear on a variant cover of “Invincible Iron Man #1.” She’s posed next to Marvel superhero RiRi Williams. RiRi is a science genius who enrolled at MIT at the age of 15.

The cover is made possible by Johnson’s colleague Randy Green.

“When the email went out about potential variants for stores, he was really excited and took it upon himself to work out the [details]. It was really his hard work,” she told ABC News. “I knew what it was supposed to look like, but having the actual art in front of you is so much different. It’s really exciting.” Johnson says Storm of The X-Men allowed her to see herself for the first time in comics.

“When you are a person of color, you’re scraping the bottom of the barrel to find someone you can identify with. I always felt like I was watching other people’s adventures,” she explained. “Being introduced to Storm was a pivotal role.”